Health is most important - if lost everything is lost.

‘Health is Wealth’ Proverb means that the state of well being, free from disease or diseases, both physical and mental is indeed a wealth. The Adage is an ancient one, as can be observed from a great Classical Rome Poet, Virgil’s (Publius Vergilius Maro) Saying - ‘The Greatest Wealth is Health’. Virgil is considered to have suffered bad health throughout his life and perhaps it is possible that the status of his health inspired him to introduce this proverb as a word of advice for the coming generations. Similarly, a Spanish Proverb goes like this – ‘A man who is too busy to take care of his health is like a mechanic too busy to take care of his tools’.

Why don’t We Look after our Health?

Steps to make Health your Wealth

For the majority of us ‘Wealth’ means having lots of money, a big piece of land, jewellery, cars, a farm, a flat, a house or any property which has a potential of having monetary value in the market. But this limits the scope and vision of the term ‘Wealth’, though, in the conventional sense and dictionary definition, it is very much apt. But if we broaden our thinking and look beyond our limited vision towards ‘Wealth’, we will see and witness that, wealth is not just only what is being said about it. To better understand this, let’s observe our own lives. We study at school, college or have a profession and the ‘Knowledge’ and ‘Experience’ gained in this environment is also a ‘Wealth’, though you cannot touch or feel ‘Knowledge’ and ‘Experience’, like currency. Here, it is a wealth in the sense that it has a value which is practical, respected and admired in various social environments. Moreover, you can also create more wealth with the application of ‘Unconventional Wealth’. Amongst various forms of such Unconventional Wealth comes ‘Health’ which is by far the most important wealth one can have, more or less at the same level as that of ‘Spiritual Health’. This brings into light, the fact that ‘Wealth’ is actually dependent and linked with ‘Health’ in more than one way, a simple example is that - if you are physically and mentally ill, you will not be able to work properly or not work at all. And if you cannot work in the desired manner you will not be able to acquire the desired amount of wealth. It cannot be said conversely about health being dependent on wealth, simply because to be healthy, there is hardly any capital involved unless you pay to be trained for remaining fit. Having proclaimed that it is not wise to be ‘Unwealthy’ to be ‘Healthy’, i.e. don’t get obsessed with health to such an extent that it becomes a hindrance towards your productive capacity for wealth. Health is as much a wealth and an important one, whose value is comprehensible by those who actually consider it a wealth and not just a fad. Many that haven't realized this must think more carefully.

What is the significance of the term "wealth" in the context of health?

Health is a valuable asset because of its many benefits that have a far-reaching positive impact on our lives, some of which may be underappreciated. The advantages that have been realized point directly to the reality of this fact and define it as such. 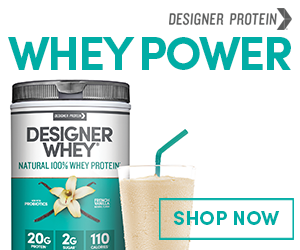 Health is the Foundation for Other Wealth – There are numerous connections between health and wealth. But one fact stands out above all others: good health promotes wealth. A healthy person is more active, intelligent, and efficient, which has a direct impact on his ability to earn more money, which can then be used to create more wealth.

Health is a Long-Term Investment: Health is an investment that pays off for the rest of one's life. This is demonstrated by the fact that – People who are afflicted with poor health frequently die at a young age. They have been focusing all of their efforts on accumulating wealth while neglecting their health. Their 'Career Life' was enjoyable, but it has now come to an end because they are no longer alive. Add to that the fact that many people do not live long enough to collect the pensions and other benefits for which they have worked their entire lives. True, death is unavoidable and unpredictable, but the chances of dying young at the hands of a disease increase significantly if you don't live a healthy lifestyle. A healthy person, on the other hand, is more likely to live longer and reap the benefits of his hard work both in the long and short term. A healthy lifestyle will keep him free of most diseases, and they may even be able to pass on their wealth to survivors and heirs, which will be beneficial to them.

Healthy Population Contributes to a Healthy Economy: A healthy population contributes directly to a country's well-developed economy. It's simple to understand: if an organization's employees are sick or sick, the company's profits will suffer or stay the same. This will not only have an impact on the organization, but it will also have an impact on the revenue generated by these. Only when a country's supporting infrastructure is in good shape can its economy benefit. The better each part of the system is, the better the result would be. A recent study undertaken by the World Health Organization provided an example in this regard. According to the report, about 47% of workers in urbanized industrial settings are overweight. About 27% of those polled have hypertension, and 10% of those polled have diabetes. Staff are more likely to develop chronic diseases like obesity, heart attack, stroke, and cancer, according to the report. It is not necessary to consult an expert to envision the future of such an industrial setup.

Health is a means to a Better Life: Being in good health allows us to maximize our body's potential and, as a result, our ability to gain more and live better. Not only physically, but also psychologically, it improves one's quality of life. Personal happiness and financial security are inextricably linked to one another. Hard work, sharing, compassion, consistency, and other positive attributes are promoted by a healthy mindset. Unhealthy living, on the other hand, is a source of misery. A wealthy person may have all of life's luxuries, but that does not guarantee that he is living a happy life. Better living can only be achieved by realizing that ‘Health is a Means to Better Living,' not only in terms of infrastructure but also in terms of attitude.

Healthy Mind, Healthy Body: It is undeniably true that intelligence, creativity, mental presence, humour, humility, presentation, communication, and other aspects of the mind are not only practice-dependent, but also dependent on a healthy lifestyle. Positive vibes, stimulation, and energization are created by an active body enabled by a physical regimen, a balanced diet, meditation, and prayer. It improves brain performance in all aspects of life, allowing one to achieve greater heights and inspiring others to do the same.

Prevention is preferable to cure: There is a saying that goes, "Exercise is the Best Medicine," but it wasn't always that way. The adage stands firm on its ground; proper exercise is a big deterrent to disease of all types. Physical, mental, and spiritual exercise all boost immunity and make us stronger. Infections, allergies, stress, and other health-related issues will be less likely to affect us. More importantly, it demonstrates the old adage, "Prevention is Better than Cure." The money and energy spent on visiting and buying medicine could have been prevented if we had stick to the basic rule. Most of us don’t care to look at our health, it is only when we get sick that we tend to pay attention to the larger problem. The cure isn't free, and it can have negative consequences for a person's health. High expenditures and/or past-due medical bills, for example, can cause physical stress symptoms such as migraines, insomnia, and anxiety. If the person is already short on cash, he is more likely to face financial difficulties. Even far-reaching consequences, such as a poor credit history and/or bankruptcy, as well as a reduction in income, can exacerbate the situation. Preventive measures such as regular exercise, adequate sleep, a healthy diet, and regular check-ups are preferable to the consequences of failing to follow this simple rule of life.

Money saved is money earned: Having good health is a "Beneficial Money Saving Scheme" because the money that would have been spent on disease treatment and related expenses is now saved and/or put towards further savings. There have been several cases where the treatment of a disease has rendered people bankrupt and penniless. They could have saved money if they had just listened and followed the wise words.

Preventing Anti-Social Behaviors and Bad Habits: Alcoholism, smoking, drug abuse, and other criminal tendencies are reduced or absent among those who live a healthy lifestyle. When one is ‘Money Minded,' greed, jealousy, hatred, revenge, and other negative emotions are exacerbated. For such people, it's all about getting what they want, by any means necessary. Their minds are corrupted and focused on accumulating a large sum of money; this tendency fosters further undesirable behaviors that affect even the uncorrupted mind. To unwind, some people begin to consume alcohol, drugs, and engage in promiscuous behavior. The consequences of such acts, on the other hand, are always destructive, even to those who are not directly related to the perpetrator. Because of his intelligent mind, a healthy person understands the consequences and will not only abstain from them, but will also try to prevent them for the greater good of society. Those who have survived such events have already learned their lesson and are unwilling to repeat it.

Supercharge  your health with  this awesome products. 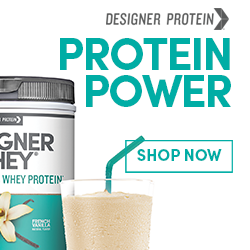 Low Testosterone Can Make It Difficult to Live a Normal...

Protecting Your Prostate Is Never Too Late with Prostata...

Coffee Isn't Bad For You For These Reasons